Circle to Ball, shape to form

Draw three identical circles and shade each one indicating a different light source. 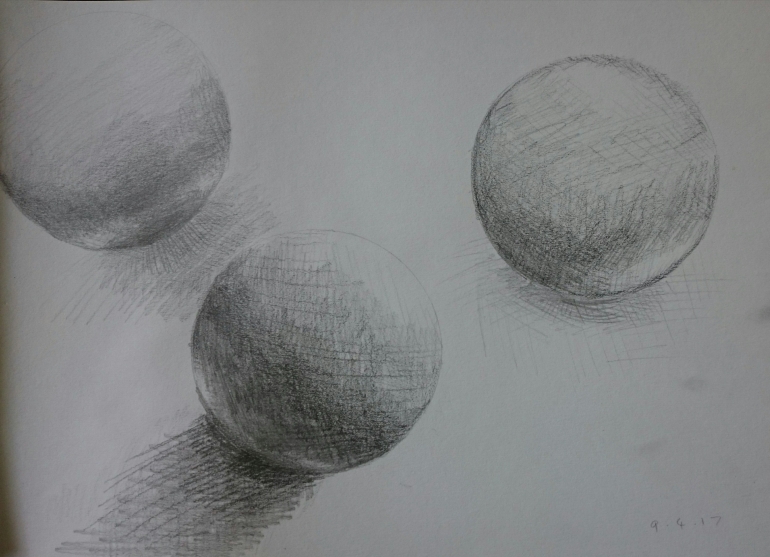 In my first attempt (top, left) to try to turn a circle into a ball with a light source, leaving a shadow, I don’t think I was very successful. The ball doesn’t seem anchored and I don’t think I’ve accurately conveyed where the shadows would be on the ball if the light source was coming from top, left of the ball.  The top, right ball is much more successful and I pleased with the cross hatching I’ve used. The shading could be a bit stronger on the ‘ground’ under the ball. The bottom ball is better in terms of depth of shading, but I’m not sure if I should have shaded the bottom, left of the ball slightly more.

Place two simple objects together so that they’re lit from one side. 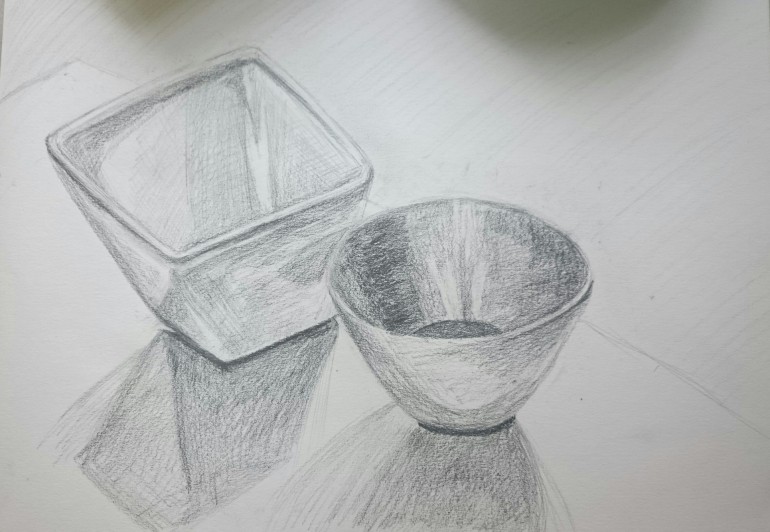 The left hand bowl has an odd shape and I don’t think I’ve done a very good job of depicting the shape. The shading could be more confidently applied on this object too, I think that would have helped give better definition to the shape. I’m happier with how I’ve showed light and shade on the round bowl, especially on the inside.  There’s a shadow cast by the round bowl on the side of the square one, but I’m not sure I’ve captured it affectively. I could also have done a better job of showing the interlinking of the shadows cast by both objects on the table.